Phuket’s curvy roads area hit with road-cyclists, some cycling for the sake of cycling, others doing it as a part of triathlon preparations. But it’s not just on the road that the action takes place. Get off the beaten path and you’ll find world class trials ideal for Phuket mountain bike aficionados.

One place on the island offering exceptional off-road biking conditions is the Khao Phra Thaeo national park in Northern Phuket, known for its evergreen forest. Roughly 23 square kilometers in size, it was awarded royal status from His Majesty the King Bhumibol Adulyadej. The mountain’s highest point stands at 442 meters.

Starting in 2015, the park has become the venue of the popular King of the Mountain Trail Run organized by Thanyapura. The first edition attracted 200 participants, with over 600 runners competing on the 15 km course in its second year. And this year the event grows further, with the addition of the Thanyapura Mountain Bike Classic - a brand-new Phuket mountain bike race.

Both the trial running and mountain biking course runs along steep and hilly terrain, through lush jungle and on the backdrop of pure nature and beautiful waterfalls.
Both event will take place on September 3. The trial running race starts at Thanyapura’s Gate 3, in front of the Thanyapura Sports Hotel at 7:00 am and the mountain bikers set out on the trial at 11am. 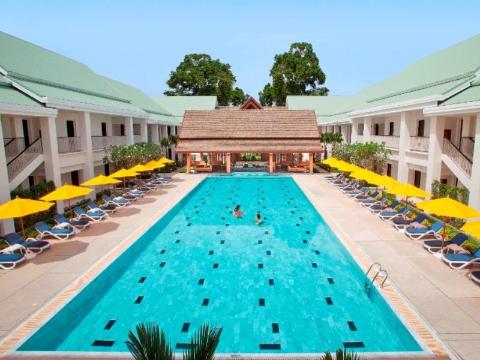