If you live in Thailand or if you’re just travelling through, you’ve probably noticed that it’s almost impossible to turn a corner without coming across a large, bejeweled Temple or Shrine. Due to strong Religious beliefs, many Temples and Shrines have been erected around the Country in large cities and rural villages alike. Small shrines can even be found by the side of the road in the nooks of tree trunks and other curious locations. Thai people have religious places of worship for all sorts of occasions and purposes, some of which are more well-known than others.

A prominent, yet relatively unknown Shrine in Thailand is the Phra Trimurti Shrine, which can be found in Central Bangkok. Thai people in the area are well aware of this Shrine, as are many foreigners, but what passersby might not be aware of, however, is the Shrine’s purpose.

The Phra Trimurti is the God of Love and the Shrine made in its honor can be found on Ratchadamri rd, right outside Central World. Thai people can be seen praying in front of the Shrine at all hours of the day but the best times to pray are on a Tuesday and Thursday, after 9:00pm. This is when the God of Love is said to check his voicemail the most.

Thai people believe that by praying to the Trimurti Shrine, all their love problems will be solved. Red roses are placed at the foot of the Shrine and other religious paraphernalia such as incense sticks are used during the prayers.

Prayers have been known to get answered, so if you’re traveling around Bangkok and you’re feeling a little lonely, stop by the Phra Trimurti Shrine and drop the God of Love a line. You never know your luck. 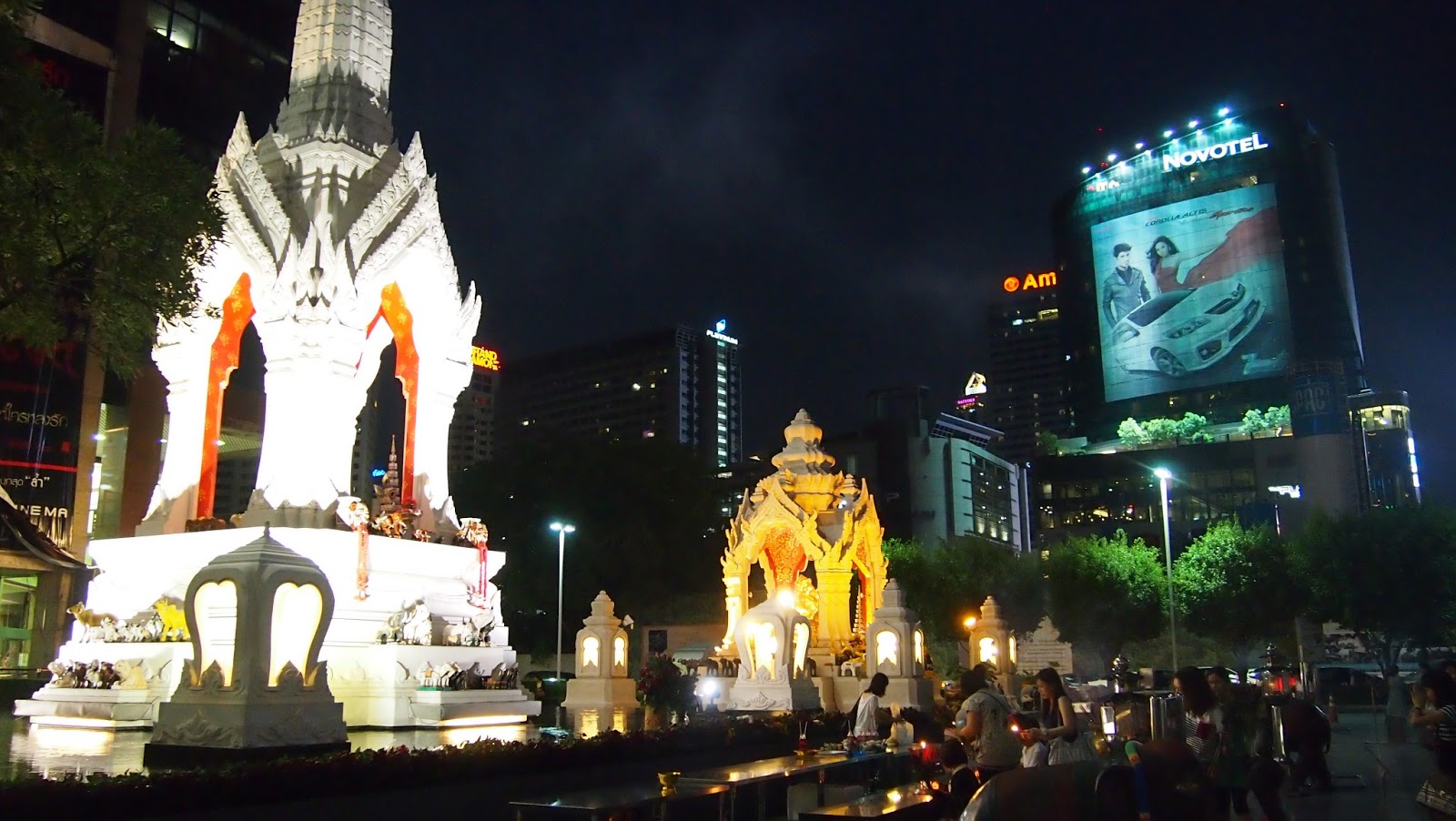