One of just 35 in the world, this Rolls-Royce stole the show at The Bangkok International Motor Show

Bangkok International Motor Show is in full swing, showcasing some of the latest and most incredible cars on the market today. But, it’s a car launched in 2014 that’s getting everyone talking.

The Rolls-Royce Motor Cars Phantom Drophead Coupé Waterspeed Collection, one of just 35 that will ever exist, makes its Asia Pacific debut at the motor show and will be on display until 5 April, along with the Wraith and the newly launched Ghost Series II. The car is one of only two in Asia Pacific, excluding China, that’s in left-hand drive. It also features a number of bespoke features never before seen on a Rolls-Royce. 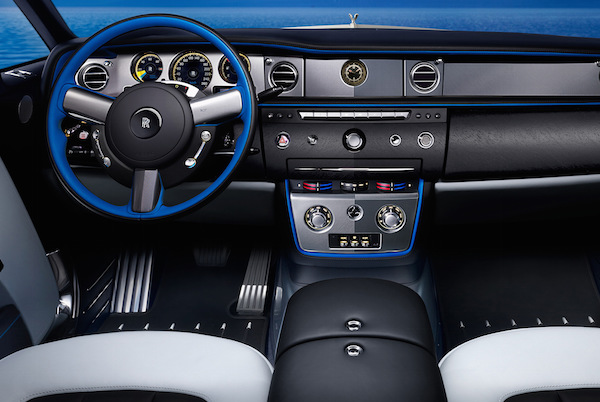 The car is a tribute to the water speed records set by Sir Malcolm Campbell and to the iconic Bluebird K3 and K4 boats he used, which were powered by a Rolls-Royce R-Engine. The car nods to the Bluebird designs with brushed steel in ‘Maggoire Blue’, a colour developed especially for this model. Nine layers of this striking paint are painstakingly applied before the motor is hand-sanded and a powdered lacquer is applied. 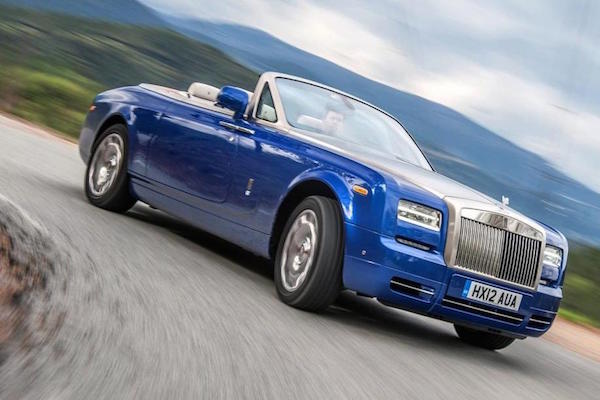 The colour scheme — for the first time in the history of Rolls-Royce continues to the engine, making for a striking vehicle both inside and out.The car’s exterior finish complements the Windchill Grey interior leather, An inlay of hand-crafted abachi wood also evokes a nautical air, while the exterior hand-painted coachline and laser etchings inside the car reimagine Campbell’s ‘Bluebird’ motif, which takes four hours for Rolls-Royce’s master painter to create.

For a chance to see this incredible feat of design and engineering, visit the Rolls-Royce booth at Bangkok International Motor Show, Impact Arena, www.bangkokmotorshowgroup.com/bangkokmotorshow